Looking to take Squash further than your weekly friendly game?

Bollington Squash Club is an open club that is made up of 4 main elements: Team Squash, Junior Squash, Social Squash & Coaching!

We have 4 Senior (Adult) Team’s that play on a Thursday night in the North West Counties Squash Leagues (NWCSL). They are in Divisions 2, 3, 4 and 5 so there is a team for people of all levels and standards. We also have 1 Ladies Team who play on a Monday night, newly promoted to Division 2. Teams play other clubs in the North West, such as Prestbury, Alderley Edge and some as far as Crewe, in their Division and usually alternate between “home” and “away” matches. Scores are posted online and the league tables are updated. The season normally runs from September – April . There is also a less formal “Summer League” which runs May – July and is a perfect introduction to Team Squash for newcomers. 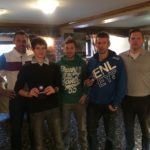 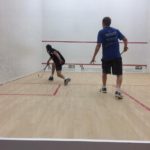 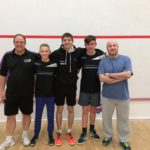 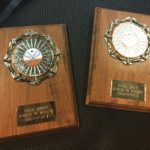 If team Squash isn’t your thing then there are plenty of options to play socially; or if you are looking to improve, attending some of our organised coaching sessions.

Out of season, team players usually like to keep their eye in by attending “Club Night”. On Thursday nights from 7pm, in place of Team Squash match night, players of all levels take part in a less formal evening of Squash. People put their name down to play each other in 20-minute slots, usually getting 2 or 3 games in. The Ladies have their own ‘Ladies Only Night’ on Monday nights when out of season, again from 7pm.

We have an internal Squash Ladder at the club. It allows people to challenge other players at the club on a less formal but still competitive basis. The ladder is made up of three parts: team players, social players and junior players. All parts of the ladder are integrated so both social and junior players have a chance to work their way to the top of the ladder. Ladder Rules apply and can be found on the Noticeboard by the Squash Courts.

We also have internal Box Leagues at the centre! Over a fixed term you are put into a league with fellow competitors. You arrange to play a match with each of the players before the Deadline. You fill in your scores on the table and at the end of the cycle players are either promoted or relegated into a new league based on their points tally!

If you wish to join the ladder or our Box Leagues, contact Chris Ogden. 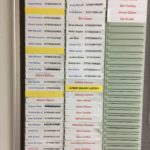 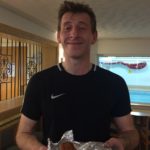 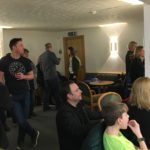 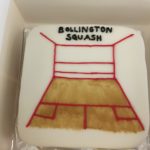 If you are looking to improve we currently offer three adult Coaching sessions per week:

#SquashGirlsCan – Held on Monday nights at various points throughout the year. It is a Ladies Only session designed to get more women playing the game. It is social, it is fun and a great way to keep fit and learn something new!

Fitness4Squash – Squash has been voted the healthiest sport in the world! On Friday nights, Coach Geoff Coe puts participants through their paces with a Squash inspired fitness session. It’s fast, it’s hard, it will push you the your limits, but you will know you been worked and the results will follow!

Squash 101 – If 40-minutes of lung busting circuits isn’t enough, there is a coaching session straight after Fitness4Squash to teach you the basics of the game and improve your technique. Either session can be done in isolation or combined to make an ultimate 80-minute workout!

To find out when the next sessions are on, look at What’s On or alternatively contact one of our Coaches.

As well as organised sessions, our coaches offer private sessions for either individuals, pairs or groups. Any age, any standard welcome. If you would like to know more or book a session then you can find their details on the Squash Coaches page.

We have a thriving Junior Section at the Squash Club. In total there are over 70 kids who participate through the Squash Club; either by attending weekly coaching sessions or playing NWCSL Team Squash.

We are proud to offer high level Squash Coaching with session for all ages and abilities. We start at the age of 4 and have sessions that cater right up to the ages of 18. These cover complete beginners right through to county and regional level sessions.

The club has excellent links to the County association, Cheshire Squash. There is a clear pathway firstly through the club, then onto the county set-up and finally onto the England Squash programme.

If you are interested in getting your son or daughter into Squash, or if you would like more information on our Junior set-up, the information is on the Junior Coaching page. Alternatively you can contact our Head Coach – Chris Ogden for more information. 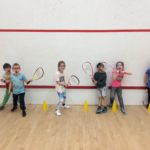 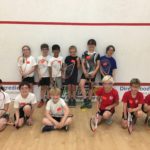 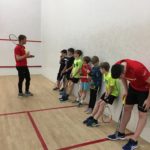 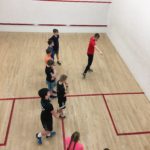 Keep up to date with the latest news, promotions and events from Bollington Health & Leisure.